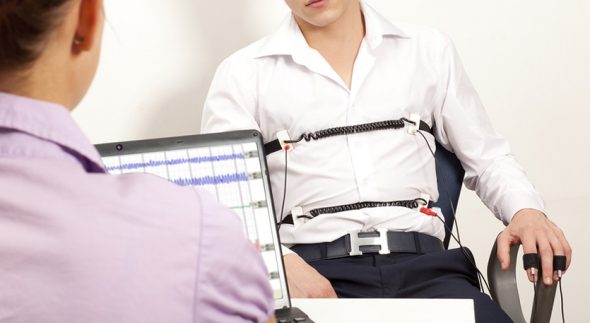 You might be familiar with the word lie detector, if not it’s a device that is used in police investigations that help the investigators to make sure that the suspects and witnesses are speaking the truth. The test that the suspects and the witnesses go through is called a lie detector test or a polygraph test. Sometimes people also face this test while applying for high-profile government jobs, with the main motive of the test being seeing that the candidate is not lying during the test.

These are the key factors that are believed to be indicators when a person is lying. It’s said that when a person lies about something the heart rate, blood pressure, and precipitation tend to increase abnormally which is recorded by the main polygraph machine. Some polygraph machines also tend to record the arm and leg movement.

The examiner or the interrogator tend to look at the paper that records the data from the sensors during the test or after the test to know the questions where the body signals were different from the normal. They look out for vital changes that may have occurred due to the person lying during a specific question.

In general, the vital changes include a sudden change in heart rate, increase in blood pressure, sudden anxiety, or even increased precipitation of the person. There are also cases where people having medical conditions like palpitations, depression, or others tend to have these vital changes in the body naturally because of their condition. This is why the changes are studied carefully by the examiners before coming to a conclusion.

Generally, people having experience in taking lie detector test tend to detect a lie more accurately than people who are relatively new to the field. However, because the examiner’s understanding is personal and different people react in different ways while telling a lie, there is no foolproof evidence that the polygraph machines work with optimal accuracy. There are many cases where people have successfully fooled the polygraph machine as well.